Here is a short Q & A with Tim Michael, Senior Solution Engineer, Director of Enterprise Services. Tim joined the GEO Jobe team in February of 2019 and is based out of Pittsburgh, PA.

Q: What is your role at GEO Jobe?
A: I am a Senior Solution Engineer working in the Enterprise Services Division, and I work with GEO Jobe enterprise GIS customers and GEO Jobe’s managed service infrastructure.

Q: What is your Educational background?
A: Bachelor of Science in Geography from Slippery Rock University (2005), Post Baccalaureate Certificate in GIS, Penn State University (2009)

Q: What were you up to before life at GEO Jobe?
A: Over the course of my career I have primarily worked in the consulting realm, first with GEO Jobe from 2010-2014, then with a GIS startup and engineering firm near Pittsburgh, PA from 2014-2019.  Before working at GEO Jobe the first time I held positions in the local government and private sectors.

Q: Can you share what attracted you to join the GEO Jobe team again?
A: Since leaving to pursue other opportunities in 2014 I had kept in touch with a number of my former colleagues at GEO Jobe and would take the opportunity to catch up with them whenever we would cross paths.  The timing worked out this year – I was once again looking for a new opportunity and GEO Jobe was looking to add additional staff to the Enterprise group. After talking with a few people inside the company it sounded like exciting things were happening and I was happy to accept the offer to return.

Q: What do you enjoy doing outside of the office?
A: I enjoy doing projects around the house, trying out basic woodworking projects, and spending time with my daughter.  Trail running is my favorite exercise and I’m running the Great Race in Pittsburgh with my sister this fall.

Q: Do you have a favorite newspaper, blog?
A: I still follow a number of blogs, typically GIS or technology related.  I would say that some of my favorites are FlowingData, Fuzzy Tolerance, Signal v. Noise, Tom MacWright, geoMusings and the GEO Jobe blog (of course).

Q: Which programming language(s) are mostly of interest to you? If you were to learn a new language or technology for your job what would it be?
A: I typically use Python for work / GIS tasks and PowerShell for Windows administration.  The thing I would most like to learn more about and use more is SQL.

Q: What kind of technology do you prefer and why? (Mac or PC, iOS or Android, and other cool tech)
A: Aside from a few years in elementary school where we had Apple PC’s in the classroom (remember the Apple IIgs?) I’ve always used Windows-based computers at home and work.  I personally prefer iOS-based phones and tablets, but keep an Android tablet around so I can use and test apps on that platform as well.

Q: If you weren’t in the career that you are right now what could you imagine yourself doing?
A: It’s hard to say, since I’ve been in the GIS realm since the beginning of my professional career.  If it weren’t for mapping I think I would have gone into a field with an environmental or fieldwork component, or something in a traditional IT role.

Q: Is there one or two things on your desk or in your office that you absolutely couldn’t do without?
A: I tend to keep my workspaces sparse, so there’s not much on my desk beside what I need for the day.  I have an Amazon Echo in my office that I use to stream music and talk radio during the day, and that I yell at to add items to my grocery list. 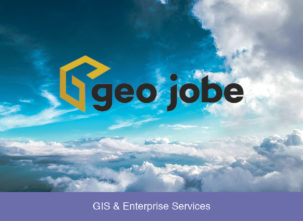 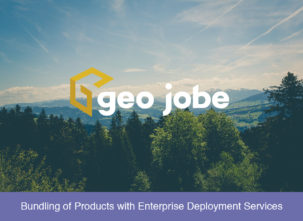 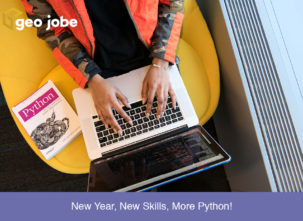