GEO Jobe is a leading GIS software and geospatial solutions provider serving over 6,000 organizations globally. GEO Jobe has developed some of the most popular applications in the ArcGIS Marketplace, including Admin Tools for ArcGIS, Clean My Org, and Mapfolio, and is a provider of the GEOPowered Cloud for ArcGIS, which is a managed services offering focused on Esri technology.  Additionally, GEO Jobe offers professional services centered around Esri’s ArcGIS platform including custom software development, platform and solution implementation, and UAV data collection. Founded in 1999, GEO Jobe is in its 20th year of operation and has been an Esri business partner since 2002.

GEO Jobe is pleased to announce David Hansen as its new Chief Executive Officer. David has been with GEO Jobe for over eight years starting as an Application Developer leading the team that developed Admin Tools for ArcGIS and Mapfolio. David took on the role of  Vice President and Director of GEO Jobe’s Center for Research and Engineering in 2014, and transitioned into the role of COO in 2018. GEO Jobe now welcomes David into his new role of CEO and looks forward to the continued growth this announcement represents.

Neill Jobe founded the company in 1999. During Neill’s time as Chief Executive Officer, GEO Jobe has grown as a company from a two person operation with a focus on the southeastern United States into the global geospatial solution provider it is today. Neill hired David for his background in GIS and knowledge of software development. Over the years, Neill came to recognize David’s leadership qualities and respect David’s work ethic and insight into the geospatial industry. As such, Neill has worked with David over the last several years to prepare him for this role. Neill remains a large part of GEO Jobe, focusing on the UAV division and offering support to David and GEO Jobe’s employees.

“Over the last 11 years, David has emerged as a major player within the Geospatial Industry. His knowledge of the industry paired with an understanding of future technology trends has allowed him to innovate GIS solutions and services that have ultimately transformed this company. His expertise is unmatched, though it’s his honesty and integrity that will continue to be his greatest asset throughout his career. I am looking forward to seeing where this new role for David will lead GEO Jobe” Neill Jobe, Founder, at GEO Jobe

You can connect directly with David and the GEO Jobe team, via connect@geo-jobe.com. 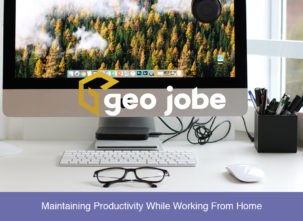 Maintaining Productivity While Working From Home 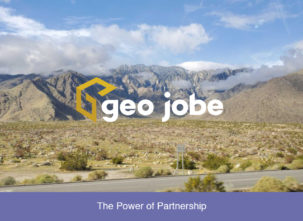 The Power of Partnership 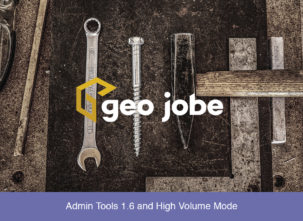