If you were walking through the main hall at the 2017 ESRIUC you may have noticed an amazing, 30 foot long map on the wall showing the path of the best viewing spots for the 2017, Augut 21  summer eclipse over the USA. An impressive data visualization indeed, however, did you know that there’s also a wonderful webmap of these data in ArcGIS Online?

Tour the Great American Eclipse of 2017 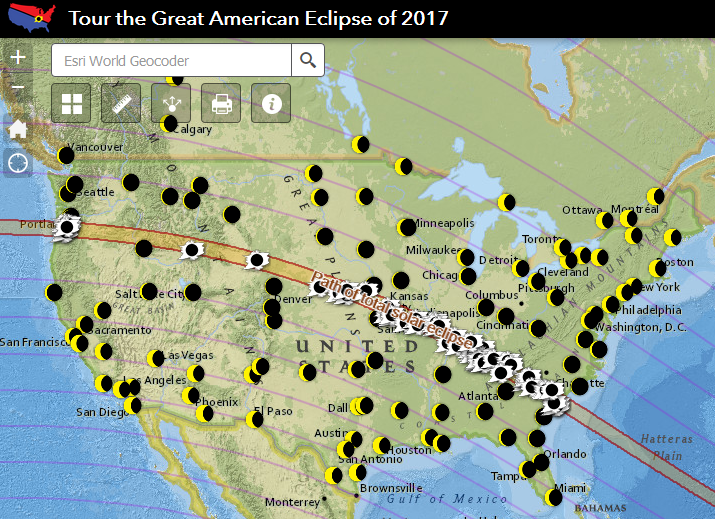 Kudos to the State of Wyoming!

Wyoming has rolled out the carpet for Eclipse seeking tourists by developing a fine trip planner webmap. Use this resource to locate the best places and times to view the eclipse within the State. Wyoming is jumping on the bandwagon and touting the state as the best place to view the eclipse. They are using the hashtags #ThatsWy and #WySkies for those wishing to search and/or share details and images of the event. Find the Wyoming Skies webmap HERE 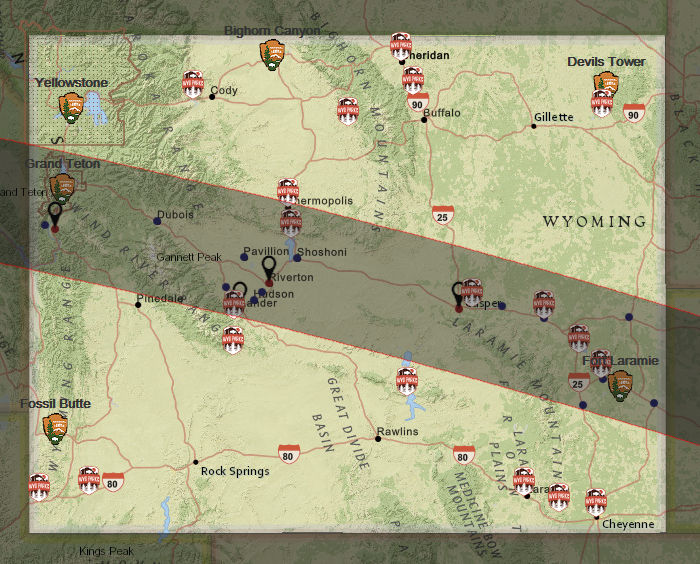 From GreatAmericanEclipse.com – On August 21, 2017, millions of people across the United States will see nature’s most wondrous spectacle — a total eclipse of the Sun. It is a scene of unimaginable beauty; the Moon completely blocks the Sun, daytime becomes a deep twilight, and the Sun’s corona shimmers in the darkened sky.

For the 2017 eclipse, there is a strip of land about 70 miles wide or so (called the ‘path of totality’) that stretches from central Oregon through South Carolina. There are maps on www.eclipse2017.org that will show you exactly where you need to be, to be in the path of totality and therefore to see the total eclipse. Go to the site, and look at the maps there. That will tell you where you need to be.

What cities are in the path?
Lots. There is a complete listing on eclipse2017.org, but here are some of the bigger ones: Salem OR, Ontario OR, Rexburg ID, Grand Teton NP, Jackson Hole, Casper, North Platte, Lincoln (barely!), Leavenworth, the north side of Kansas City, Jefferson City, Columbia MO, the south side of St. Louis, Cape Girardeau, Carbondale IL, Paducah KY, Bowling Green KY (barely!), Nashville, Cleveland TN (barely!), Smokey Mtns NP (only the southern part), Greenville, Columbia SC, and Charleston (barely!).

You will NOT see totality from any of these places, though they are very close to the path (Move into the path, and see totality!):
Bend OR, Portland OR, Boise, Yellowstone NP, Cheyenne, Salt Lake, Denver, Ogallala, Omaha, Topeka, the south side of Kansas City, the north side of St. Louis, Louisville, Evansville IN, Murray KY, Chattanooga, Knoxville, Gatlinburg, Des Moines, Atlanta, Augusta GA, Charlotte, Spartanburg, Myrtle Beach.

GLOBE Observer invites you to make environmental observations that complement NASA satellite observations to help scientists studying Earth and the global environment. The app includes Clouds, which allows you to photograph clouds and record sky observations and compare them with NASA satellite images. New and interested users are encouraged to go to http://www.globe.gov to learn more about the GLOBE program – or see details about getting the mobile app HERE 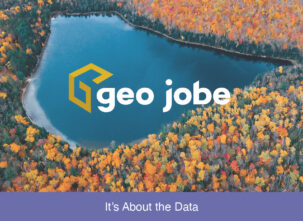 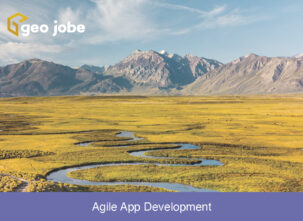 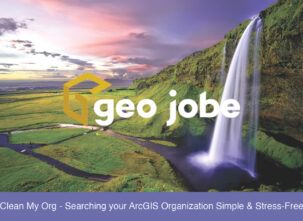