In this, the 20th year of GEO Jobe GIS Consulting, it’s a good time to look ahead as GEO Jobe continues to advance with its UAV program.

Drone technology has advanced tremendously in the last 3-5 years and it continues to develop rapidly. General computer technology continues to advance as well. Advances in storage, processing, computing capacity, and photographic capture technology combined with the advances in drone technology have created a new market for old techniques. Small area orthophoto map updates are practical and affordable. All this has led to a well documented exponential growth in drone based aerial mapping.

GEO Jobe’s background in mapping and geography has made applying these technological advances to various geographic information systems (GIS) and engineering projects the next step in helping clients access, store, maintain, and analyze their geographic data.

During the early stages of GIS development, data collection was expensive and time consuming. This made it very difficult for small counties or other entities to implement and benefit from GIS. GEO Jobe is using drone technology to create accurate, high resolution, digital mapping products, thereby making micro-GIS feasible and affordable. For example, several universities have contracted GEO Jobe to capture drone imagery to complement their campus planning and facilities management functions.

Having systems to better maintain that economic base drove many to invest in computerized mapping systems. This valuable property data was often the basis for many GIS. Once the property was digitized into a geodatabase, aerial imagery was needed to identify and capture the physical features on the property base. Things like buildings, sheds, and roads were quickly added to the GIS.

Other features like utility systems were the next logical data layer to be added. The imagery captured for these large countywide systems however, was captured from planes at relatively low image resolution. Utility companies couldn’t capture data like water meters, valves and hydrants from the orthophotos.

During that paradigm, GEO Jobe assisted utility companies by using GPS data collection tools to capture data that was not visible on the orthophotos. GEO Jobe is providing low altitude, high resolution drone imagery sufficient to capture those same features that used to be captured by hand in the field. Now utility companies are gathering that data from the GEO Jobe orthophoto, saving money on field equipment and staff time.

As things change, GEO Jobe’s focus and commitment to making the power of GIS simplified remains the same. 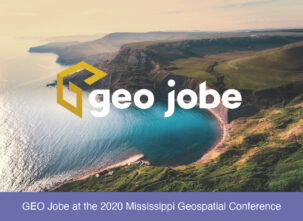 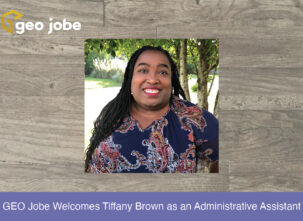 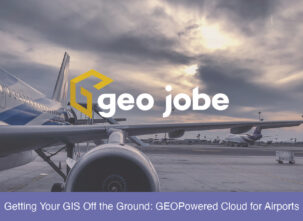 Getting Your GIS Off the Ground: GEOPowered Cloud for Airports